Today’s choice for H.M.O.T.W is a Universal Pictures classic movie monster…um movie. Read on to find out the gruesome results…

I’ve strained my memory trying to figure out which, if any, of the old Universal Monster Movies I’ve seen and none come to mind. I have very vague recollections of “Frankenstein”, but that could be from years of watching t.v. specials and visits to Universal Studios. That’s pretty much how I watched “Psycho” as a kid.

Anyway, so I decided on “The Mummy” because “Frankenstein” wasn’t available. I don’t regret it but I can’t say that I loved it or even liked it. It’s a movie very much from its era and does not transcend time or convention in any way. Boris Karloff and the leading lady Zita Johann both give great performances for what they’re given. Everybody else falls into either expository roles or window dressing. 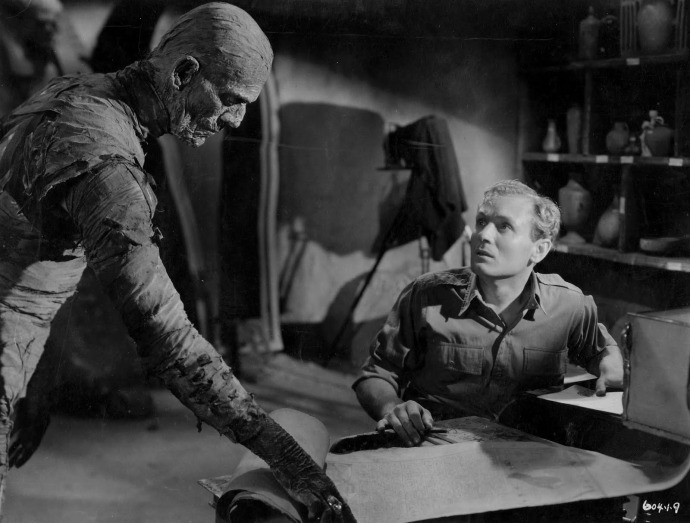 I did enjoy the story, just not the execution. It was different than I thought it would be. Cartoons gave me the wrong impression, I assumed it would be an hour of Boris in bandages slowly chasing archeologists.

The actual story is darkly romantic and pretty creepy. In fact Imhotep, the titular mummy that Karloff plays, is a tortured soul longing for his lost love. Aside from the name Imhotep and the concept of reincarnation, the 1999 version borrows very little from the 1932 version. Which is sad because the very stark and simple story of the original could’ve been used to create a great modern horror on a smaller scale instead of the bloated action movie we did get. 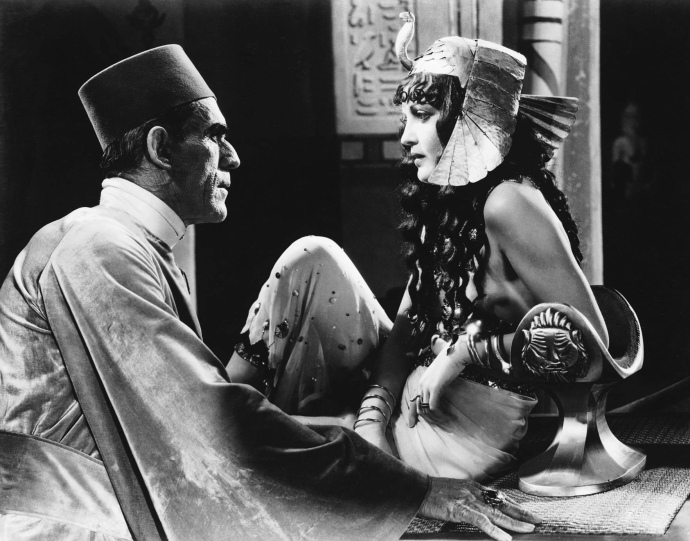 “The Mummy”, like everything else these days, is being setup for a reboot. Hopefully we can get a movie that lives up to the original’s creepy potential.