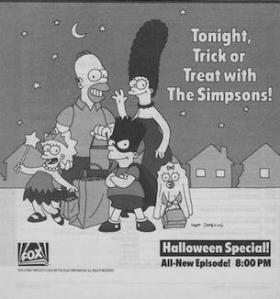 I’ve been watching “The Simpsons” from the beginning and because of this Halloween time has been synonymous with the “Treehouse of Horror” for most of my life. This year was no different, but in keeping with the trend of not being as good as the olden days, I was pretty disappointed by this year’s offering. The highlight being Guillermo Del Toro’s opening sequence:

But you’ve already seen that. Read on to discover my favorite “Treehouse of Horror” moments… 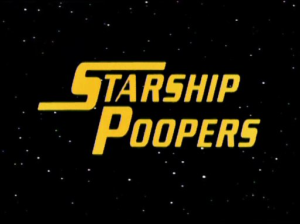 Marge discovers that Maggie isn’t human when she starts teething. 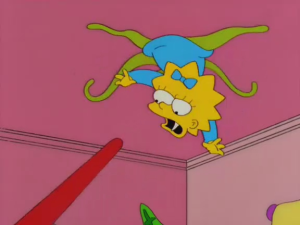 Kang and Kodos show up and it is revealed that Maggie’s true parentage is alien in nature. A flashback showing Kang’s seduction of Marge is one of the funniest moments of the episode. This of course leads to the eventual confrontation on “The Jerry Springer Show”. 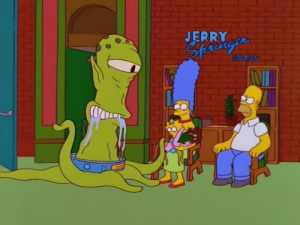 Kang’s entrance is pretty classic. But the highlight of the segment and probably one of the funniest moments in “Simpsons” history is Marge cursing. 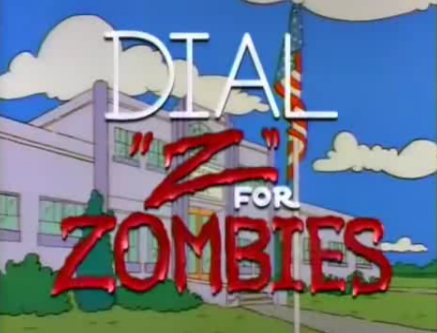 You don’t get more classic than this overall episode. It gave us Killer Krusty doll, King Kong Homer, and Kubrick Bart:

But for me, “DIal Z for Zombies” is the stand-out segment because it includes two of my favorite “Simpsons” jokes of all time. Thanks to wonderful Youtube, both jokes can be viewed below:

Those jokes have lived in my brain forever, so much so that if a zombie ate my brain these jokes would probably be what he remembers most about me. 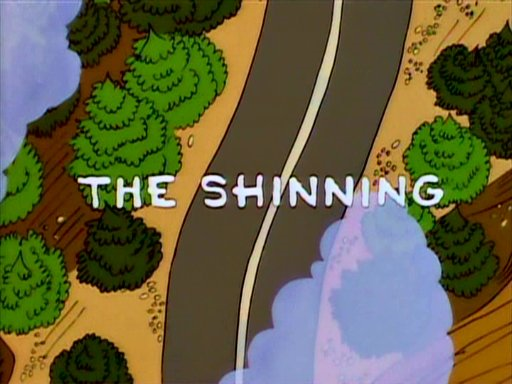 “Treehouse of Horror V” is my favorite overall “Treehouse” episode and contains two of my favorite segments of all time, obviously. They both made the list but “The Shinning” got only as far as #3. It took me many years to understand all these references but the magic of “The Simpsons” is that its reference humor transcends reference in that it is funny on its own whether you get the reference or not.

Of course the most memorable and quotable moment, which is pretty true to the original movie, is, well I’ll just show you:

It’s really worth watching this and “The Shining” back to back. Very well done. 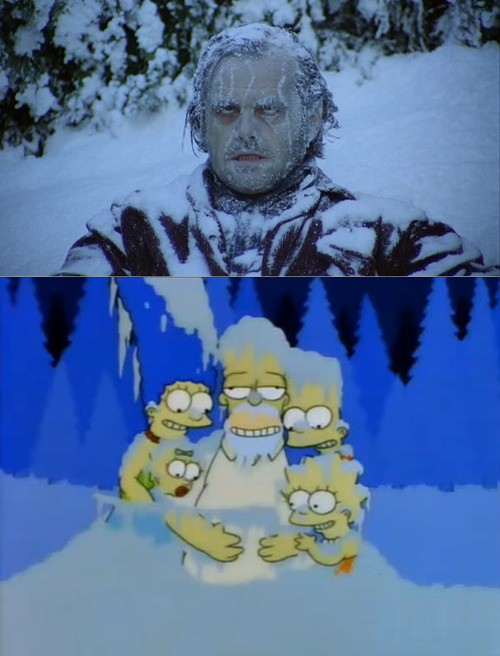 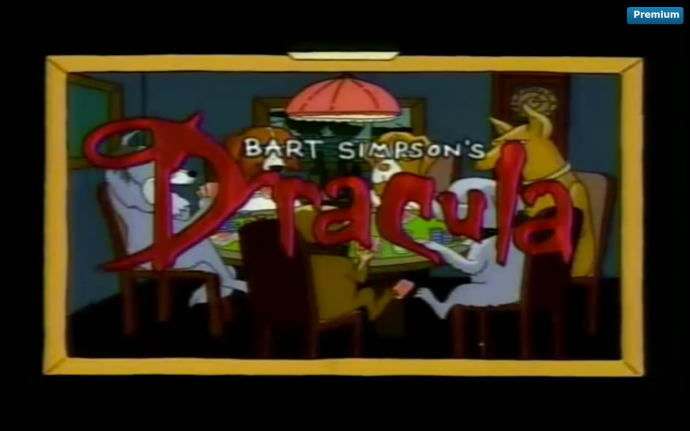 This episode is a tough one to pick a favorite segment from but beginning to end “Bart Simpson’s Dracula” is pretty consistent.

Burns as Dracula is a perfect choice and the “Peanuts” Christmas special ending is “The Simpsons” at its most irreverent. And nothing is more sinister than “Dogs Playing Poker”!

The exploration of Burns’ castle is pretty uproarious, why wouldn’t he have a Super Fun Happy Slide?

While this can be considered a parody it really has its own story with a great twist ending. Before we move on, the 8-year old me wants to share my favorite moment from this segment: 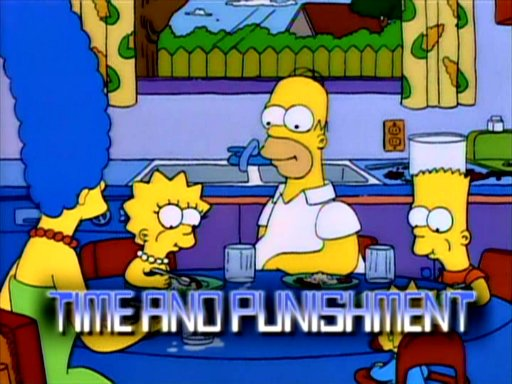 We’re back to “Treehouse V” and with good reason. Words can’t describe how funny this one is. Everybody picks this as number 1, by this point it’s almost a fact that “Time and Punishment” is THE funniest “Treehouse” segment ever. And it is probably everybody’s favorite segment because of this:

And who could forget this:

Maybe I’m not that original but I guess I love laughing too much. Thanks for reading!

Disagree with my picks? Which are your faves?