Starting next week Disney’s El Capitan Theater will be showing “Tim Burton’s The Nightmare Before Christmas” in 4D to celebrate its 20th anniversary! It’s crazy to fathom that it has been 20 years since the movie came out. The movie happens to be very near and dear to me so I’ve chosen to write about it as my Halloween movie of the week! Read on for my thoughts…

I rewatched the movie last night to refresh my memory, I hadn’t seen it since 2006 when the movie was first rereleased in 3D. I have vague recollections of the screening in 2006 but I was very taken with the diorama effect the 3D had on the movie. One thing I failed to remember was how much of a wall to wall musical this movie is. There’s a song in almost every scene. I like all of the songs, “Sally’s Song” being my favorite, I just didn’t remember so many of them. The opening number is pretty gangbusters, it sets the tone for the rest of the movie which is creepy in a good way.

I grew up enjoying all the classic Rankin-Bass holiday specials so I feel that I was predisposed to enjoy this movie. It has a more adult sensibility and the mingling of the darkness with the cheeriness of Christmas works very well. Tonally the movie stays on target the entire time, never going too light or too dark, a balance that many have failed to grasp. I’m sure this is all Henry Selick’s doing, he’s proven himself a great director and deserves full credit on this movie, credit that Tim Burton receives undeservedly.

It’s hard to highlight Chris Sarandon’s performance as Jack Skellington because he’s singing most of the movie and that’s actually Danny Elfman’s voice. But when he is speaking Chris Sarandon does have some funny line reads. Catherine O’Hara is unrecognizable as Sally, Jack’s love interest, and the envy of every High School goth girl (and boy).

There’s a sequence that I really love with Sally when she throws herself out of a window and then stitches herself back together again. It’s creepy and funny and of course really well animated.

This movie choice is a bit of a cheat since this is really more of a Christmas movie in my opinion. The lesson Jack learns is that Christmas is so special you can’t co-opt it in any way, Christmas is too powerful for even the Pumpkin King. Despite the fact that Jack is kind of the villain in the movie, ruining Christmas even though he just wants to experience it, the movie has a larger villain in Oogie Boogie.

He is kind of an extraneous character that only serves the purpose of making Jack look good by comparison but he’s well designed, super creepy, and has a great song. So he’s perfect for the movie.

Watching the movie this time I was taken by the character Behemoth. He has a great design and all of his moments are funny.

I also really liked Lock, Shock, & Barrel, their designs are creepy and their brief moments are pretty funny, especially when they kidnap the wrong “Sandy Claws”.

As a kid I really loved the movie. I remember checking out a library book that detailed the making of the movie. And that Christmas I even got a Jack as Santa action figure.

I really enjoyed that figure, even though it was poorly made and his head came off. I still played with him, broken toys became evil in my imagination and headless Jack became an evil magician. You know, since that’s what happens when you lose your head.

When I think about the movie it reminds me of a trip to San Antonio with my family around the time the movie came out. I really wanted to go to Ripley’s Believe It…Or Not! but when I realized it was part of a Wax Museum that creeped me out I decided I wasn’t going in. I was under the impression that you had to go into both so I had caused a scene when I refused to go in the building and my father tried pulling me in. Memories. 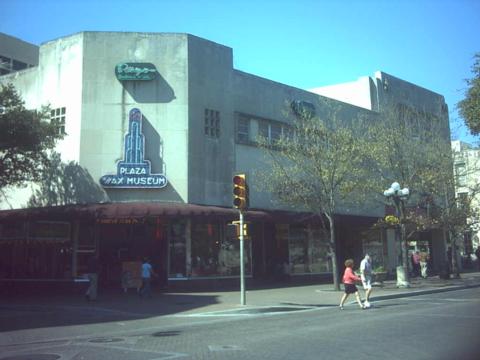 Anyway, I really love this movie and recommend you see it if you haven’t already. It’s great for kids and perfect for this time of year. I’ll leave you with this rendition of “Sally’s Song” by Fiona Apple: