Continuing the movie of the week format, I’ve decided for this month to have an overall theme as well. I’ve chosen Disney films because this column and many others on this site will lead up to my birthday (December 5th if you want to get me something), which will be spent at Disneyland. Instead of choosing one movie for my first Disney column I’ve chosen several Pixar films because I’d like to take Pixar out of the running for the rest of the column or else the theme would end up being the “Pixar Movie of the Week“. Read on for my choices…

Now this list is based on 3 Pixar related projects I’ve watched recently. This collection of shorts just happens to be the most recent. I had considered doing a ranking of my overall favorite Pixar movies but that would be like picking a child. If you added the shorts to that list it would be a very difficult list to make. I can easily say that “Mater’s Tall Tales” would probably not make the list, but it’s actually an enjoyable viewing experience.

I’ll be the first to tell you that I was a “Cars” apologist, many Pixar diehards see it as lesser Pixar, and I would agree but I dug it when it first came out. I rationalized the movie’s existence and felt it had a place in the pantheon of Pixar movies. Then “Cars 2” came out and I couldn’t say a damn thing to defend it, it lacked heart and seemed to be a cash-grab if I ever saw one. I will say that I really loved Michael Caine‘s character design, Finn McMissile, and his James Bond themed opening sequence is spectacular, then the rest of the movie happens.

Some would consider the major flaw of “Cars 2” to be that Mater the Tow Truck was the star. I would be inclined to agree if that was the only reason the movie wasn’t good, but there were many other reasons the movie wasn’t good. Mater is once again the star in “Mater’s Tall Tales”, a series of shorts that are available all together in one 35 minute package on Netflix instant. They were originally produced for television but are very well animated and some are stunning to look at. 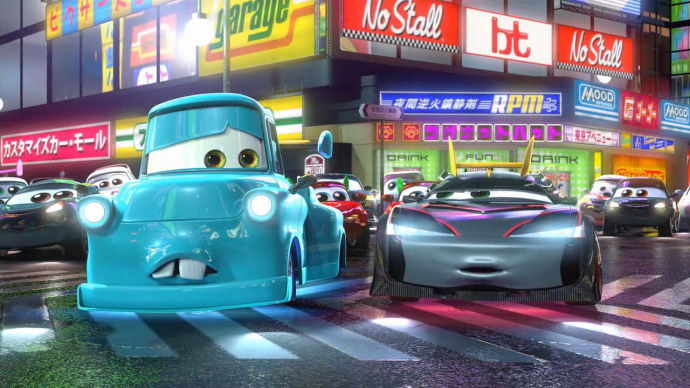 Did I love it? No, I didn’t, these are clearly made to be watched on a weekly basis, not in one sitting. They have a very clear formula that just repeats itself over and over again. They all have their moments, some are better than others, but I wouldn’t recommend it to the film buff that swears by Pixar, unless he’s a closet “Cars” fan like me. 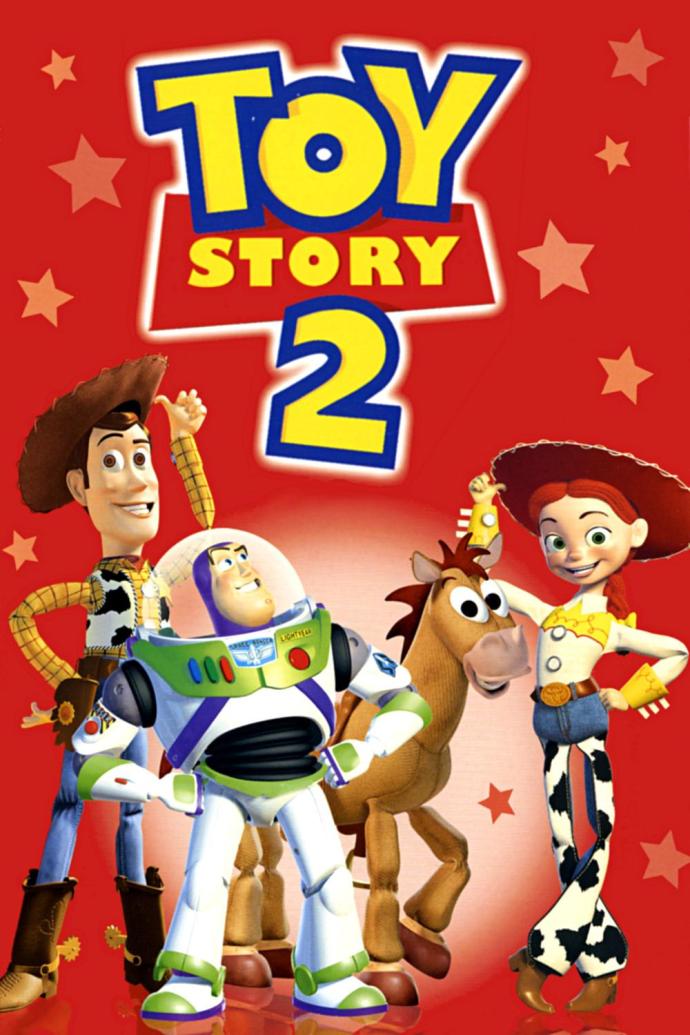 The year 1999 was a big year for movies. “The Matrix”, “The 6th Sense”, “Being John Malkovich”, “Fight Club”, just to name a few, all came out in ’99. One would be hard pressed to pick a favorite, not for me, it’s “The Matrix” but “Toy Story 2” is a close second besting all of the others quite easily.

It’s hard to believe that “Toy Story 2” was going to be a direct-to-video project considering that in my opinion it solidified Pixar as a major voice in cinema. “Toy Story 2” didn’t just make my list of great movies that year, it was on many top lists for that year. Luckily the movie has held up very well over time.

Like all great Pixar movies, “Toy Story 2” starts off with a great opening sequence that sets the tone for the rest of the movie. From the start the movie has you rapt and you’re with the characters all the way. The animation still looks great, even if it pales to the clarity seen in “Toy Story 3”. Tom Hanks has had many memorable characters but for me, Woody is his finest creation.

I can watch this movie any day of the week, ad nauseam, it’s that good. If put under extreme pressure to choose my favorite Pixar movie “Toy Story 2” might be my pick. I can’t confirm or deny that claim but it’s pretty darn close. “Up” and “Wall-e” are its closest competition for my favorite of all time but then I watch “Monsters, Inc.” and I get confused again. But the Pixar movie I’ve probably watched the most in recent years, the one that I sometimes feel could even knock “Toy Story 2” from the top spot, that’s…

I love this movie. I own it physically and digitally and have watched both versions multiple times in the past few years. Easily one of the best superhero movies ever made, “The Incredibles” is an action/adventure masterpiece that is up there with everything from “Superman” (1978) to “Unbreakable” (2000).

The voice acting is great and the interpersonal relationships feel very realistic and relatable. This isn’t just an action movie but a movie about family life and it nails it. It has a solid script and is one of the few (if not only) Pixar movie that has only one writer credited. Even though Pixar is known to be a collaborative environment and I know that no man is an island, I fully believe that “The Incredibles” is Brad Bird’s baby all the way.

There isn’t much else I can say about “The Incredibles” that hasn’t already been said by every fanboy  there exists. It has the heart of classic Pixar wrapped in an adventure that’s still one of the best action movies I’ve ever watched. You can’t go wrong with this movie. If you still don’t believe me I’ll leave you with what’s probably the best teaser trailer Pixar’s ever done:

So there you have it. What’s your favorite Pixar movie?